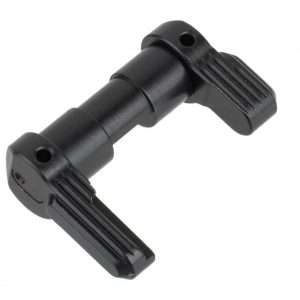 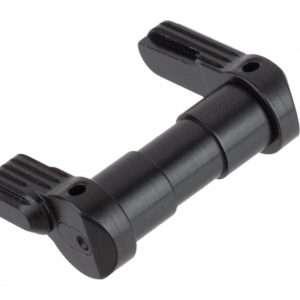 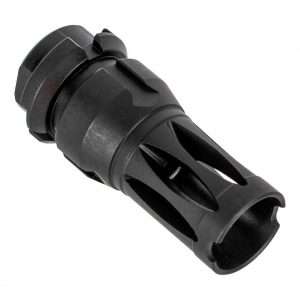 ASF-50Q is a short throw (rotate to 50 degree for FIRE/SEMI) semi auto selector with offset levers.

ASF was designed from the ground up to be a defense/duty/combat safety selector, its mission is quite aptly reflected by the way its levers are attached the center, via a stainless steel roll pin. The lever to center interface is immensely strong, the high shear strength (800 lbs) 420 stainless steel spring steel roll pin simply holds the two in place, and doesn’t handle any load. One of the design goals dictates there be little to no wobble between the lever and center, They’ve called for very tight tolerances (+0.001/-0.00) on ASF’s lever and center interface to achieve that.  NOTE: +/- 0.002 combined tolerance (+/- 0.001 on the levers and center’s lever attachment interface) can, on rare occasions, can exhibit minute movement, this is normal, and unavoidable, the 0.002 of movement is almost imperceptible and doesn’t affect ASF’s function.

Q levers are offset levers, by shifting the lever closer to the shooter’s thumb when the selector is on SEMI/FIRE, it enables the user to more easily rotate it back to SAFE without shifting his grip.  For that reason, q levers are side specific, the q lever’s “leg” should always be biased towards the top.  With the selector on SEMI/FIRE,  the q lever should look like a letter q (hence its name).

FCD are known to many for the dimpled pattern they use on some control surfaces (AA, or All Angles, is their designation). ASF levers are serrated, not dimpled. As the lever rotates, the user’s finger slides on the lever, anything but serrations along the length of the lever only impedes that movement and creates friction for no benefit. Serrations diagonal or perpendicular to the length of the lever are similarly unhelpful. Serrations parallel to the lever’s length help mitigate lateral movement, and do not impede the finger’s sliding motion.  ASF lever’s profile isn’t square, its outer most portion is somewhat tapered for a reason. When the user’s hand holds the pistol grip, the profile of the ASF lever conforms to angle of the thumb’s pad.

The end cap is for those that don’t wish to have a lever on the weak side of the receiver. With the end cap, ASF becomes a convertible selector (between ambidextrous and non-ambidextrous.)

ASF is shipped with a selector spring, a KNS nitrided selector detent, two levers (or one lever, with an end cap), 4 roll pins (two are needed for installation, with 2 spares), with a single lever partially assembled.

ASF is a collaboration with Sons of Liberty Gunworks.

Made in the USA. 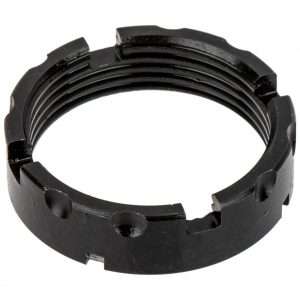 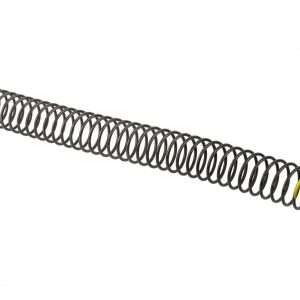 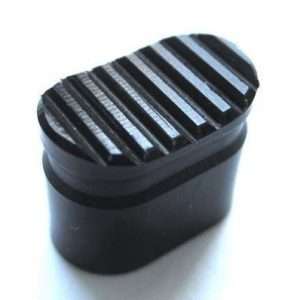 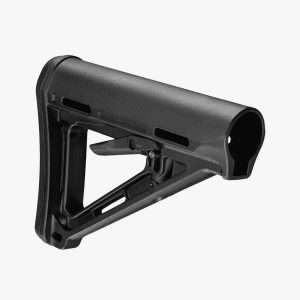 Out of stock
Black 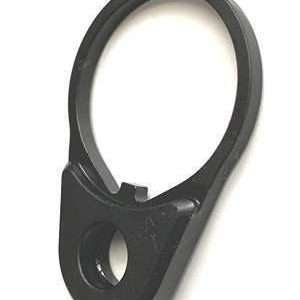 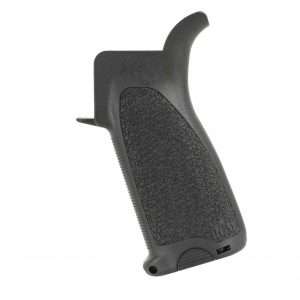 Out of stock
Black
FDE